If you are a GTA fan and prefer a motorbike over a car, it’s time to go to the flashback and learn the eight best and most memorable bikes in the series so far.

GTA bikes will surely make you feel that you are living in a parallel world. And out of all the favorite ones, here’s the rundown of the eight best bikes. Let’s learn them one by one. The PCJ-600 has got built in the late 1980s GSX-600. As a matter of fact, this bike has turned out to be the quickest. In addition, it is fast too. The PCJ-600’s agile handling &precision brakes make it a stronger offering. Kudos to the revolutionary technologies implemented in these two features.

So, Freeway can be considered as the big daddy. And it’s a hefty cruiser if you consider the list of eight best GTA bikes so far. The fact is that it took inspiration from the beautiful features of Harley Davidson bikes from the 1990s. Freeway was completely a sluggish variant when it got introduced. But as it promptly garnered immense fame, it became one of the unique bikes in GTA – thanks to the speed!

Calling Sanchez a dirt bike of GTA would never be an exaggeration. In fact, it offers an ideal experience for your off-road riding. From climbing up the tough terrain to easing out in the smooth trails, the long-travel suspension &decent lower-end torque of this bike are enough to highlight its USP. Personally, many fans love jumping this bike off of the multiple city ramps! And that makes Sanchez one of the best GTA bikes so far.

If you are a GTA fan and remember any quirky scooter based on Vespa, no other bike can give a tough competiton to Faggio. Yes, you read that right – it’s Faggio. Although it’s not the fastest motorcycle, this quirky scooter is enough for you to get around the city lavishly! Take the Faggio down the shore and get the best out of the experience! 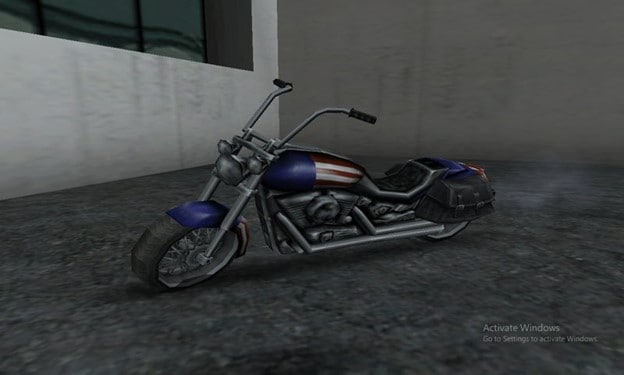 If GTA featured a rough and tough gangster bike, it has to be the Angel! Yes, it’s the chopper-style motorcycle,and it was very much similar to Freeway. As a matter of fact, it gets considered as the stripped-down and lighter version of the Freeway bike. And it’s the fifth in our list of eight best GTA bikes as of now.

Probably, it can be considered as the quickest bike in the GTA series so far. There’s something unique about FCR-900 that was based on Ducati 900ss. And it got used in some missions for chasing individuals. The fact is that it was also available in the street-fighter option and even the fully-faired variant too.

Another chopper, the Hellfury, also features similar traits as that of the Freeway. In fact, the wheels of this bike got extended a long way in the front. That imposes challenges to control it properly. But then again, the extended wheelbase of Hellfire ensured that it got quite stable at higher speeds. And that’s why it’s an ideal choice for the highway chases &drag races.

In the GTA games, the NRG has been available in two options. And both are completely based on Suzuki GSX1000. You can also find a street version that you can use for the city as well as highway. On the other hand, you can find a track version and it’s the NRG-900RR. Its track version has been popular and includes a mind-blowing machine. Besides, it has more power than its road version. 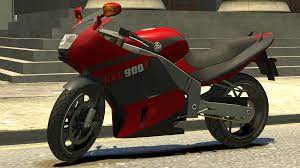 With this information, you have now learned the eight best and most memorable motorcycles in GTA.