Aston Martin has revealed the ultra high performance DBX707 and claims that it is the fastest and most powerful iteration of the SUV. Aston Martin clearly states that the DBX707 gets ‘world-beating power and pace matched by exceptional precision, dynamic flair’ and we don’t doubt that one bit because what’s under the hood is simply exceptional.

The 4-litre twin-turbocharged V8 has been used to its full potential. Led by Aston Martin’s Head of Powertrain Engineering, Ralph Illenberger, the DBX707’s engine now features ball bearing turbochargers and a bespoke engine calibration to liberate more power and torque. Also new to Aston Martin’s flagship high performance SUV is a 9-speed ‘wet clutch’ automatic transmission. Capable of managing much increased torque loadings compared with a regular torque converter automatic, this high-performance transmission allows output of the 4.0-litre V8 to be lifted to an immense 697 bhp and 900Nm, which is an increase of 155 bhp and 200Nm over the DBX (V8). 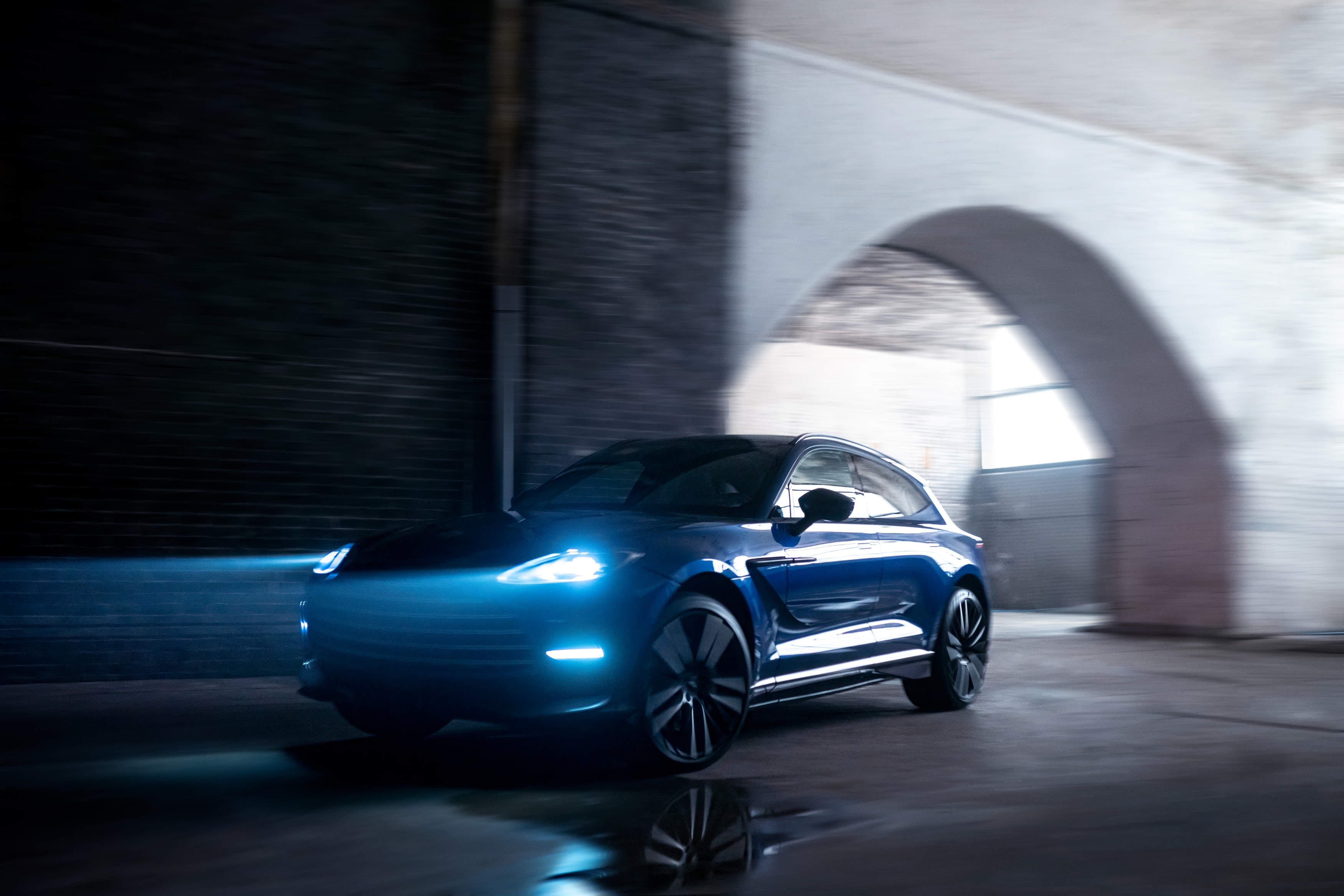 The adoption of the new wet clutch transmission brings further benefits. Most noticeably much faster gear changes compared to the torque converter transmission. The feel of the shift is more immediate and direct, which gives the driver an increased sense of control and responsiveness, and a dramatic character change from the DBX (V8). Launch capability is also improved, which contributes towards the DBX707’s 0-100 kmph time of 3.3 seconds.

Integral to the DBX707’s suite of performance enhancements is the standard fitment of Carbon Ceramic Brakes. Measuring 420mm front and 390mm rear, these CCB discs are gripped by 6-piston calipers and result in a 40.5kg reduction in unsprung weight. Revisions to the braking system’s hydraulic sizing and booster tune improve pedal feel and braking response for greater precision and driver confidence. Improved brake cooling has been achieved by taking air from both the main cooling intake and the underfloor, with high performance brake pads delivering excellent friction consistency across a wide temperature range. 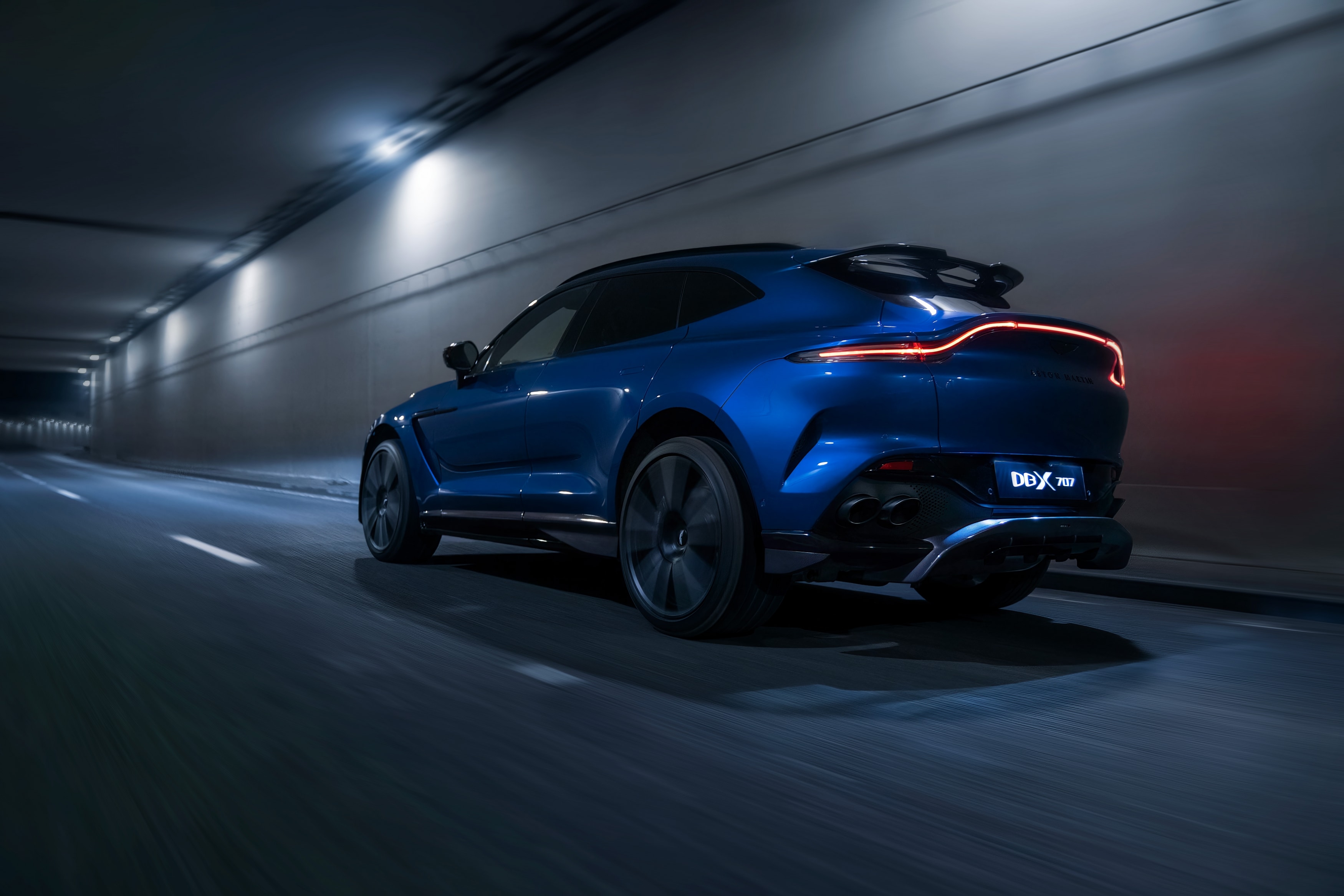 Wheels and tyres are 22-inch as standard (in a choice of Sport and Ribbon designs), with an optional 23-inch alloy wheels offered in a choice of textured black or satin black with diamond turned highlights. The adoption of a 23-inch wheels also brings dynamic benefits, with the larger diameter tyre offering improved steering response, better primary body control and improved lap times.

DBX707 also features a new version of the electronic limited slip rear differential (e-diff). Strengthened to handle the full 900Nm of torque, it features a revised (shorter) final drive ratio of 3.27 compared to 3.07 for the DBX V8. This aids the DBX707’s sprinting ability through the lower gears and enhances in-gear response, while retaining the efficiency and cruising refinement offered by the 9-speed transmission. 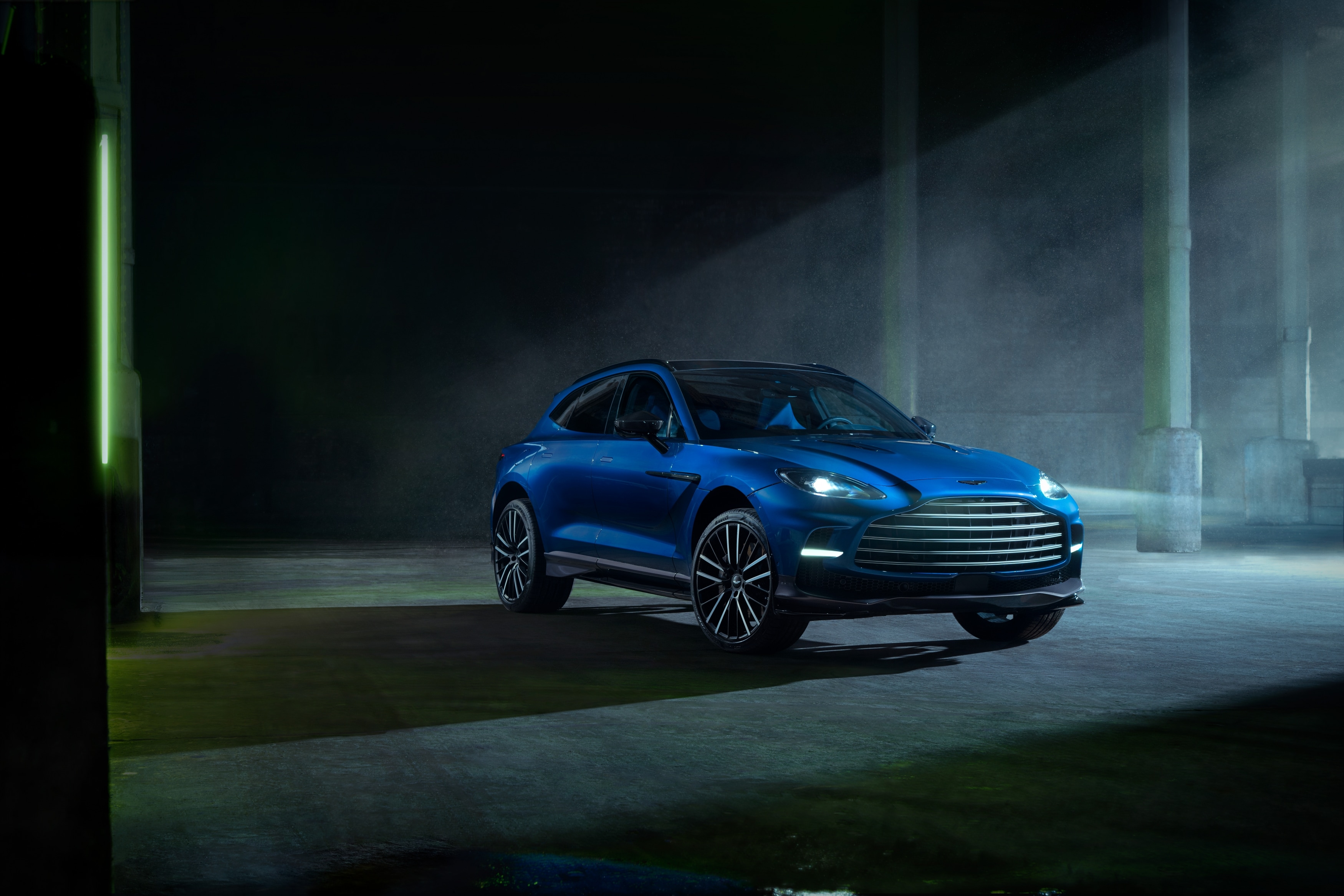 Torque distribution front-to-rear remains fully automatic, with the ability to send up to 100% of the torque to the rear axle on demand. Careful calibration of the e-diff ensures the DBX707 has the cornering agility, sporting feel and dynamic character of a true sports car. One that integrates chassis and powertrain technology to find the sweetest handling balance and seek to maintain the optimum combination of traction and agility at all times.

Key to the DBX707’s exceptional handling is its air suspension system. Retaining the basic architecture and triple volume air chambers of the DBX V8 – already regarded as the best-handling SUV in the market – DBX707 features a dedicated chassis tune optimised to its uncompromising demands and objectives. Aston Martin Chief Executive Officer, Tobias Moers, said “Right from its first introduction the DBX has represented Aston Martin’s dynamic and design values in a way that proves not all SUVs have to conform to the same compromises. With the DBX707 we have pushed the boundaries in every area to create a car which sets new standards of performance and desirability. The fastest, most powerful, best handling and most engaging car of its kind, it propels Aston Martin to the pinnacle of SUV performance.”