GMA’s latest car is more conventional with slightly lesser power, more weight, with a two-seater configuration, and an automatic shifter. 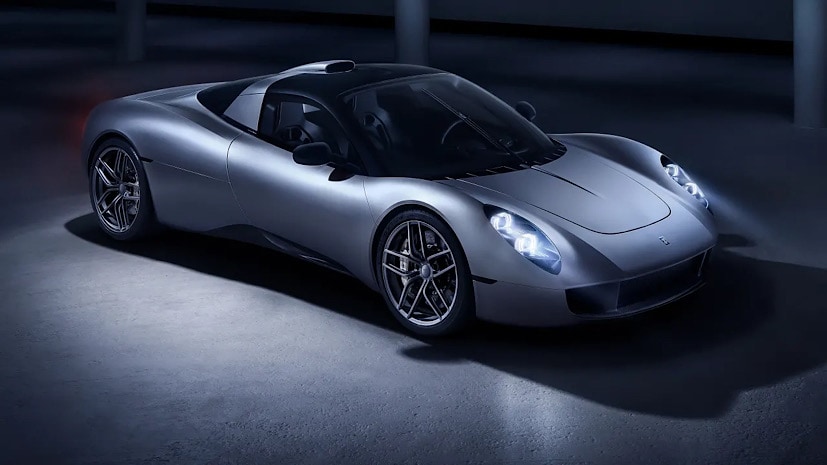 The T.33 will be offered in both manual and automatic trims

Gordon Murray is arguably one of the greatest modern car designers on the planet. He, of course, is best known as the brains behind Ayrton Senna’s McLaren Honda’s from the late 80s but from there he also went on to design some of the most iconic supercars of all time like the McLaren F1, the rocket, and the McLaren Mercedes SLR. Last year, he showcased the T.50 which he believes is the true successor to the McLaren F1, and now as the T.50 prepares for deliveries to customers, he has launched the T.33 which is a $1.82 million supercar inspired by the GTs of the 60s but featuring the same principles that typify cars like the McLaren F1 and the T.50. The car $1.82 million supercar draws inspiration from the lightweight GT cars of the 60s

Murray reveals that his company will make only 100 units of the T.33 per SKU – though there are plans for a spyder version as well – so overall there will be 300 cars. It uses the same Cosworth-designed naturally aspirated 3.9-liter V12 engine from the T.50 but is slightly reworked for being more road-usable. This means it tops out at 607 bhp which is slightly lower than the T.50 and revs lower to still stratospheric 11,100 rpm in a package that’s slightly longer and heavier at below 1,100 kg. Murray believes it is still lighter than most cars and has a better power to weight ratio than the McLaren F1. While doing so, his team has worked on improving the torque delivery of the engine which makes it more usable while cruising.

It is also a more conventional car as it leverages a traditional two-seater configuration, unlike the central driving position that Murray championed with the McLaren F1 and more recently the T.50. It also gets the same Xtract-designed 6-speed manual gearbox, but this time around Murray is offering a new paddle-shift automatic gearbox which he describes as the fastest gearbox in the world. That said, Murray admits that most of the customers have opted for the more engaging manual gearbox so far.  The car also gets a staggering three luggage compartments including the frunk. It also gets a new ram induction system. Interior-wise, there are no screens, a very premium yet minimal design that also supports wireless Apple CarPlay and Android Auto.