UK-based Cooperb Motorcycles is modifying a Royal Enfield Interceptor 650 to look like what a Himalayan 650 could be like! 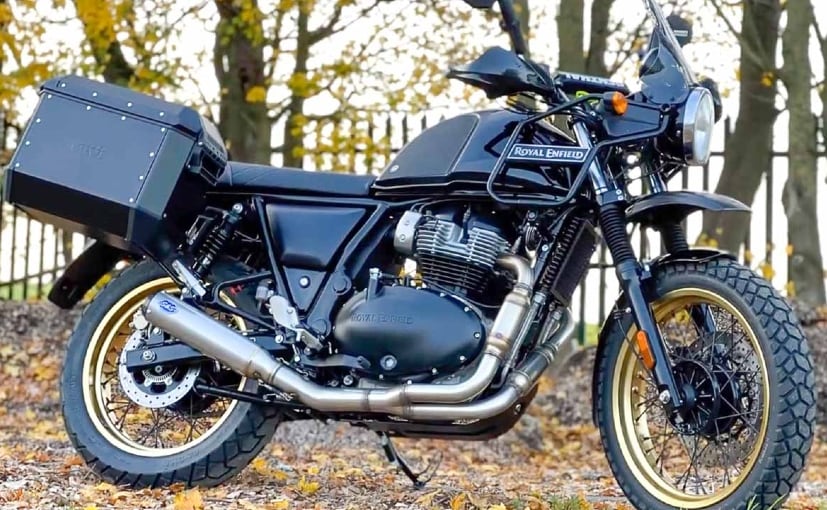 UK-based Cooperb Motorcycles has modified a Royal Enfield Interceptor 650 to look like what a production Himalayan 650 could look like. Cooperb Motorcycles has uploaded a video of the custom build project, which the company calls Interlayan. The custom build is still a work in progress, and several other changes will be carried out by the Wellingborough-based custom bike shop in the UK. The builder of the bike reveals in the video that the “Interlayan” started off as a stock Royal Enfield Interceptor 650 and is set to undergo a few more modifications before it’s complete as a proper adventure tourer. 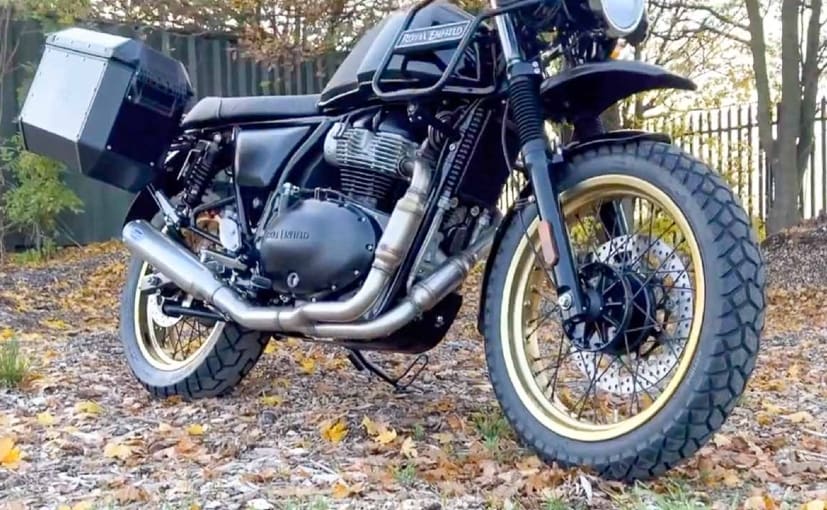 The bike is a stock Royal Enfield Interceptor 650 modified to make it look like a Himalayan. The chassis and engine remain unchanged, but wheels, front suspension and bodywork have been changed.

The motorcycle has already undergone several modifications which have completely altered the way the stock Interceptor 650 looks. At the front, a signature windscreen, plastic front fender and ‘beak’ have been added from the Himalayan, as is the single round headlight. The front suspension has been modified and now features fork gaiters and seems to offer more travel. The wheels are shod with dual-purpose tyres and the rims have been replaced with gold-finished wire spoke wheels. 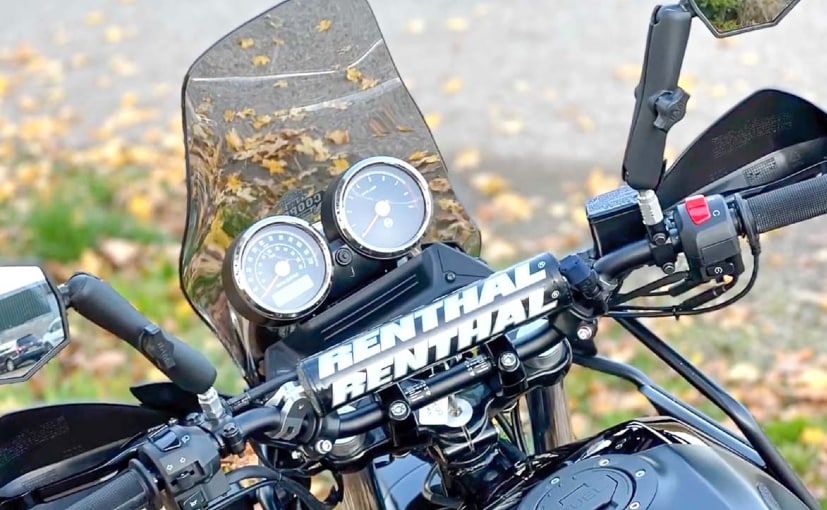 The handlebar has been changed and hand guards added, but the twin pod instrument console has been retained.

The handlebar has been changed as well, but the twin-pod instrument console of the Interceptor 650 has been retained. The fuel tank also seems to have been taken from the Himalayan, along with the tank guards, which can double up as luggage carriers, or to mount extra jerry cans of fuel. One of the most noticeable changes is the two into one single-sided exhaust system. The dual-cradle chassis of the Interceptor 650 has been retained. The modified Interceptor 650 is just a one-off build, and there’s no indication that Royal Enfield is indeed working on an ‘official’ 650 cc version of the Himalayan. 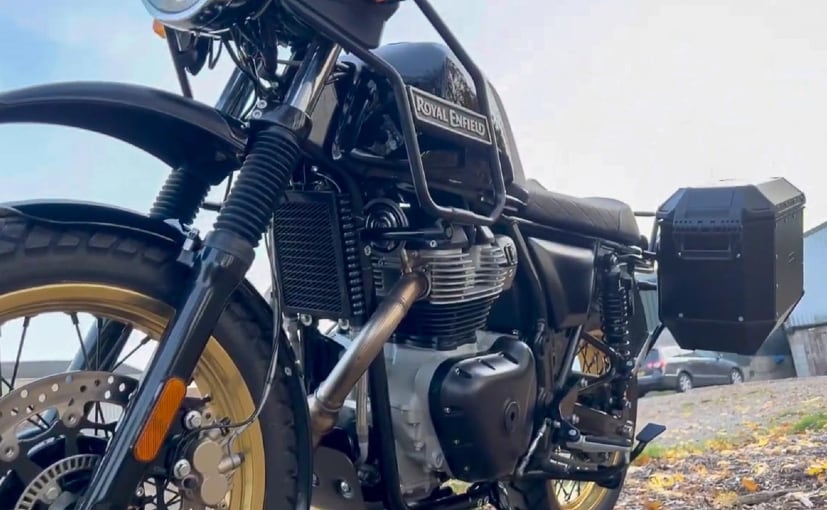 The dual-cradle chassis of the stock RE Interceptor 650 is also retained.

The company is getting ready to launch the third model in the 650 Twins platform, with the new 650 cc cruiser, the Super Meteor. As for the adventure segment, the next adventure bike is expected to be a road-oriented and more affordable model of the current Royal Enfield Himalayan, likely to be called the Royal Enfield Scram. Also in the works is purportedly an all-new Himalayan, with a slightly bigger 450 cc engine.