US winter storm: More than 3,500 flights were cancelled for Saturday.

Blinding snow whipped up by near-hurricane force winds pummeled the eastern United States on Saturday, as one of the strongest winter storms in years triggered severe weather alerts, transport chaos and power outages across a region of some 70 million people.

With multiple blizzard warnings in effect, cities like New York and Boston bore the brunt of the storm, which the National Weather Service (NWS) confirmed Saturday morning had intensified into a “bomb cyclone” — characterized by the explosive power of rapid drops in atmospheric pressure.

Coastal areas were expected to receive more than one foot (30 centimeters) of snow by the end of the day, and as much as three feet in parts of Massachusetts, where nearly 117,000 homes were already reported without power. 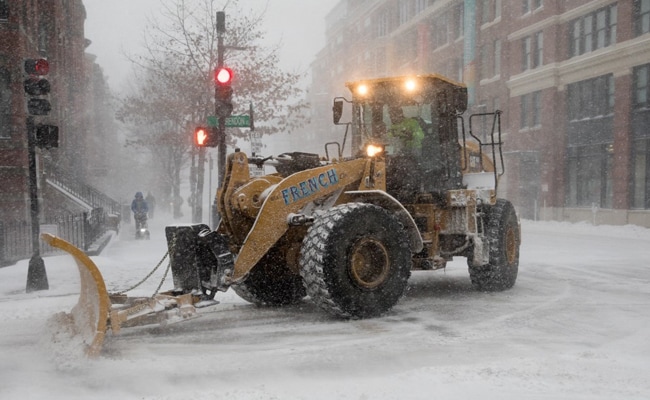 Cold weather alerts were raised as far south as Florida, where the NWS warned of “scattered to isolated falling iguanas from trees” as plunging temperatures temporarily paralyzed the large lizards, which can weigh up to 20 pounds (nine kilograms).

Residents in towns and cities across the eastern seaboard were urged to stay home and avoid all unnecessary travel in the whiteout conditions. In Long Island, officials said a woman had been found dead in her car by a snowplow operator.

Ten inches (25 centimeters) of snow had already accumulated on the island north of Manhattan, and regional train lines were partially shut down to clear ice off the tracks. 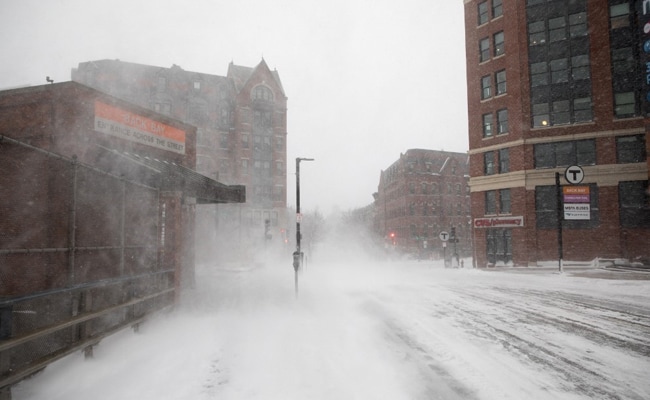 Salt machines and snowplows crawled along the streets of New York City, where city residents awoke Saturday to more than four inches of snow.

Mayor Eric Adams posted a video of himself in the Bronx borough, urging his fellow New Yorkers to stay at home.

Wearing only his underwear, a cowboy hat and cowboy boots, he strolled through the nearly empty tourist hotspot, strumming his guitar. 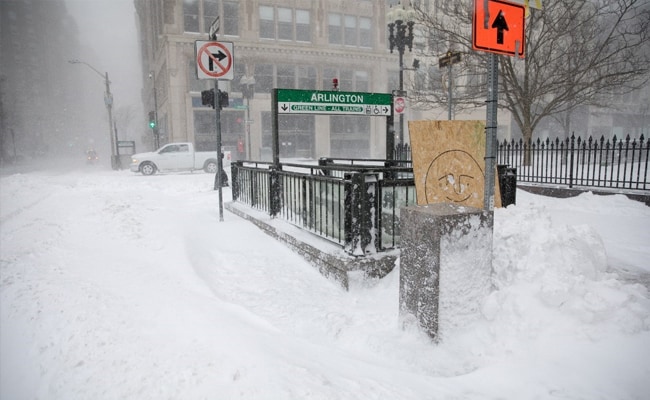 In the trendy Cobble Hill neighborhood in Brooklyn, the sidewalks were almost deserted and many businesses were closed. But the few who did brave the elements smiled as they wished each other, “Happy snow day!”

A state of emergency has been declared for New York and the neighboring state of New Jersey. New York Governor Kathy Hochul asked state residents to avoid unnecessary travel.

For people who had to travel, she urged them to fill their car gas tanks and keep supplies such as ice scrapers, blankets and water in their vehicles.

In Boston, Mayor Michelle Wu declared a snow emergency. “It is going to get quite ugly out there,” she said in an early-morning television interview from City Hall.

“This is going to be a historic storm.”

Massachusetts residents had rushed Friday to buy groceries, as well as snow- and ice-melting pellets to help keep their sidewalks and driveways clear. 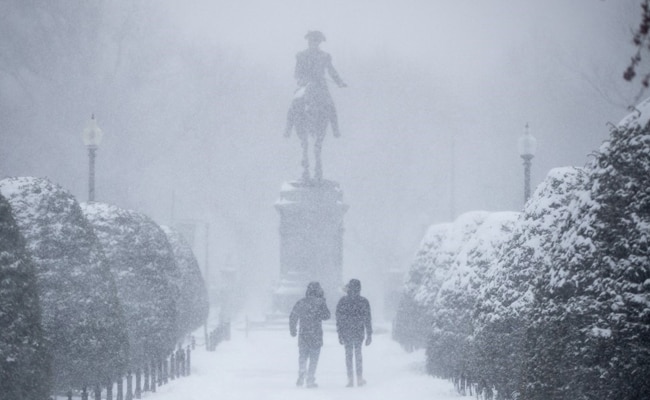 The NWS has forecast wind gusts of 80 to 120 miles per hour (128 to 193 kilometers per hour). The storm will produce extremely cold temperatures with dangerous wind chills Saturday night into Sunday morning.

The snowfall rate would range from two to four inches per hour, it said, and strong winds would cause “scattered power outages.”

More than 3,500 flights were cancelled for Saturday traveling within, into or out of the United States, according to flight tracker FlightAware, and 885 flights have already been canceled for Sunday.

Cancellations on Friday totaled more than 1,450.

The blizzard comes on the heels of a similar winter storm that blanketed a swath of Eastern North America — from Georgia to Canada — just two weeks ago, cutting power to thousands of homes and also disrupting thousands of flights.

(Except for the headline, this story has not been edited by NDTV staff and is published from a syndicated feed.)