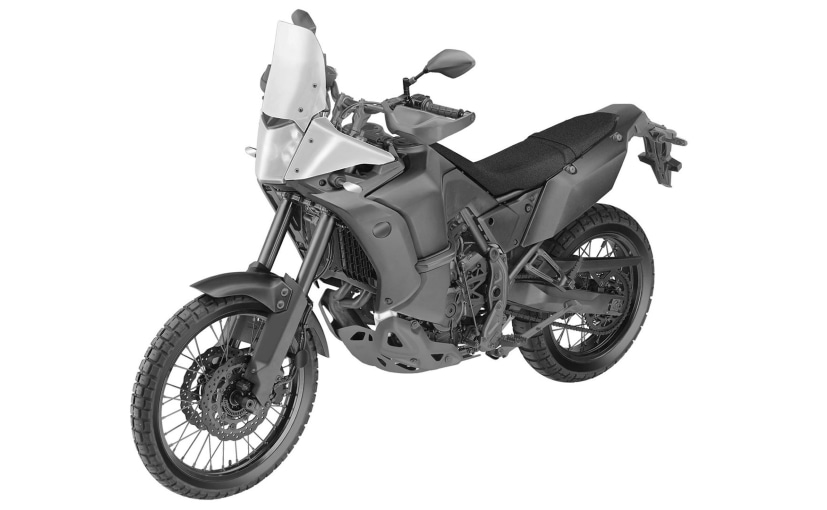 The Yamaha Tenere 700 Raid was released as a prototype at the 2021 EICMA show in Milan, as a follow up to the already popular Tenere 700 middleweight adventure bike. What the Tenere 700 Raid promised over the stock bike, is a more radical and off-road focused upgrade with extensive use of GYTR (Genuine Yamaha Technology Racing) performance parts. Now, latest patent images have revealed what the production model of the Yamaha Tenere 700 Raid will look like when it’s released in showrooms. While the prototype machine was loaded with high-end Kayaba suspension, as well as race-oriented bolt-on parts, the production model seems to take a more modest approach. 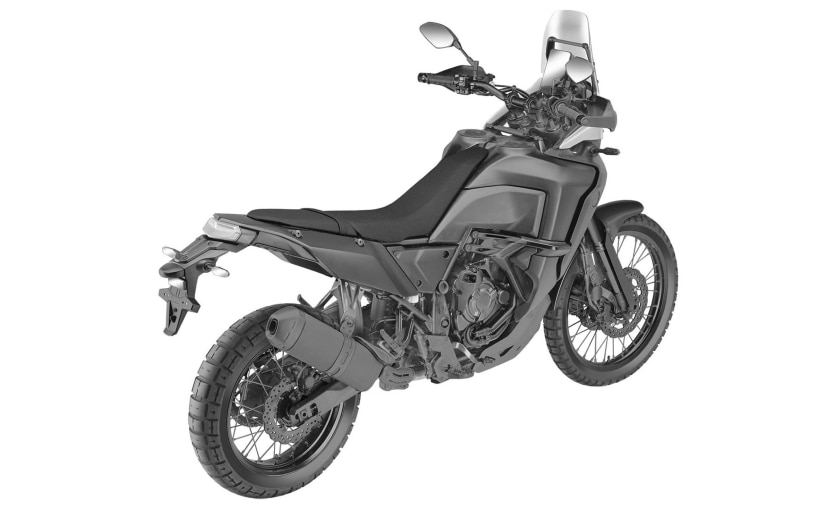 The most prominent changes are in the fuel tank and bodywork. The current Tenere 700’s 16-litrre fuel tank has been revised with a new and bigger fuel tank on the Raid, possibly with around 20 litres capacity. The new bodywork also features a new seat with more room, new footpegs, wider and with serrated finish to grip better with off-road riding boots. Crash protectors seem to be standard on the bodywork, and there’s more protection with a bigger bash plate. 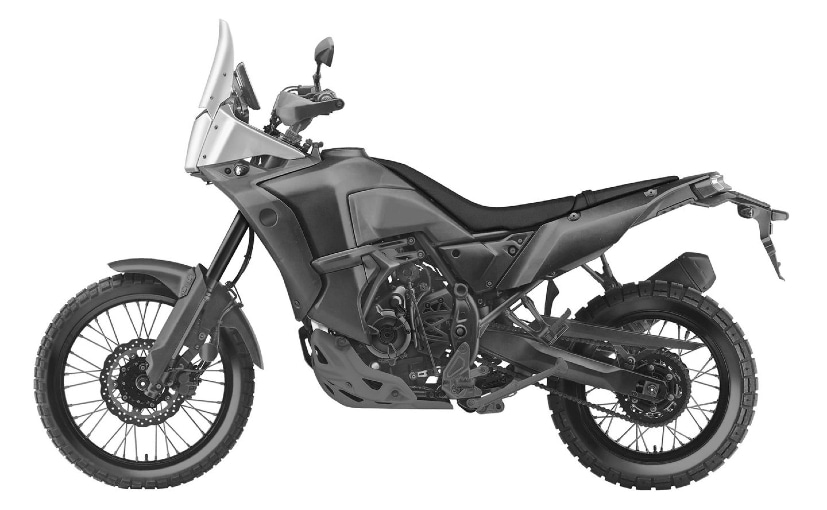 The production model is likely to get a different instrument panel, as well as different front mudguard.

The production model also has a different front mudguard, and it looks like Yamaha is also updating the instrument console, with a tall, portraited-oriented display, which could be a TFT display, compared to the smaller and simple monochrome LCD unit of the base model Tenere 700. The exhaust of the prototype was an Akrapovic unit, but that seems to have been given in a miss on the production version, which sports a similar exhaust as the base model. What is not clear is when the production model of the Tenere 700 Raid is released.

Yamaha launched the Yamaha Tenere 700 in 2019, and the mid-size adventure bike soon became quite popular around Europe and North America. The Tenere 700 Raid will play on the stock model’s strengths and feature significant improvements when it’s launched, sometime in late 2022, or early 2023. Sadly though, even the Tenere 700 Raid and the base variant are not expected to be launched in India.