Actor Arjun Kapoor’s latest acquisition is the Ducati Scrambler 1100 Pro, his companion over the weekend

Actor Arjun Kapoor sure loves his wheels and the actor has had quite the garage over the years that we’ve told you about time and again. And as far as we’ve seen, it’s the big gnarly SUVs that seemed to excite the Ishaqzaade actor. But it now seems that Kapoor has been bitten by the biker bug. The actor recently brought home the Ducati Scrambler 1100, which becomes his latest exotic addition to the garage. He also becomes the second actor we know who has got the Scrambler 1100 after Shahid Kapoor.

Arjun shared the update with his followers on social media with the caption “Swipe right to meet my new friend.I usually try & meet her over the weekend.”


Kapoor’s latest acquisition will be his weekend wheels and we can’t wait to see him adorn some protective gear and explore motorcycling. Incidentally, the actor learned how to ride a motorcycle for his debut film Ishaqzaade, wherein he was required to ride a Yezdi. 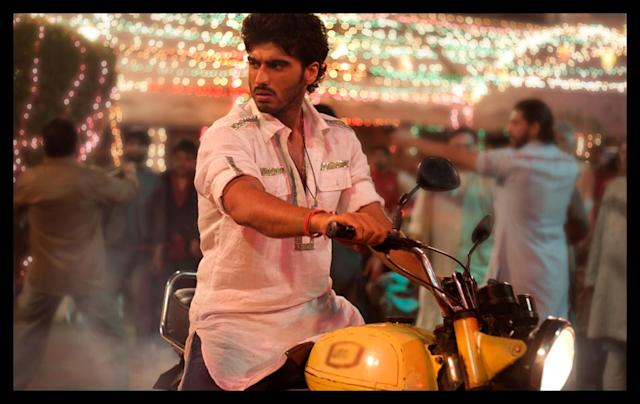 Coming to the motorcycle itself, the Ducati Scrambler 1100 draws power from a 1079 cc, air-cooled, twin-cylinder engine that develops 84.48 bhp and 88 Nm of torque. The motor is paired with a 6-speed gearbox. Suspension duties include an Ohlins 48 mm USD front forks and a pre-load and rebound adjustable rear monoshock. The bike rides on 18-inch front and 17-inch rear light alloy wheels. Braking performance comes from Brembo-sourced units with cornering ABS as standard.

On the work front, Arjun Kapoor was last seen in Bhoot Police. The actor is now gearing for the release of a host of movies including Lady-killer and Ek Villain Returns.