his hostile world with borders and boundaries has seen uncountable wars due to differences of opinion and unprecedented clashes.

The military plays a huge role in the defence and security of each nation around the world. From discrepancies on the border to hostile situations like wars and terror attacks, the quick action and reaction ability of the trained army and other military personnel keeps all civilians across the world safe.

Tanks are the most avidly used piece of machinery worldwide that comes into use during wars. Their development and design have helped multiple nations to evade security hazards, causing maximum damage and mass destruction to enemy troops while avoiding civilian casualties.

Considering the major role that military tanks have played in the defensive front of any developed autonomous nation, here is a list of the top 5 biggest tanks constructed to date:

Although the ability of a tank goes way beyond its superficial appearance, weight, and height and a lot more on the overall design, like firepower, range, and durability. These tanks have been observed to be the largest of their kind in the world and were formulated with relevant strategies to help during combat. Unfortunately, while their size solved a few problems, the challenges posed by their size remained unsolved.

The Char 2C of France was one of the first super-heavy tanks in the world. With a German-designed V12, the tank weighed a humongous 69 tons, making manoeuvres and operations difficult due to limited mobility and velocity, thus making it an easy target and victim of the enemy’s firearms. 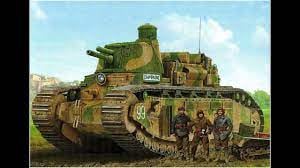 The FCM F1, yet another French wonder on the battlefield, stands strong with incredible armour and firepower. With an anti-tank gun of around 47mm, the tank sheltered about 100mm of armour protection and other weapons that greatly aided combat, making up for the agility challenges posed due to its weight. 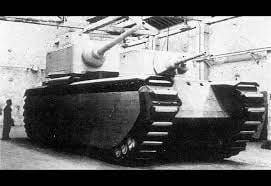 The K-Wagen is a super-heavy German war prototype designed for storing massive firearms that can cause heavy damage to the nemesis was first conceived during the First World War. Despite the strategic importance placed on its mass and storage of firearms, its limited speed as a result of its weight posed serious challenges on the battlefield, making it an unpopular choice. 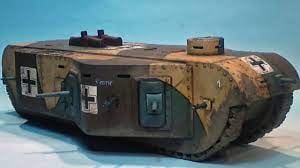 The King Tiger, a German brainchild, was implemented in reality, weighing in at a close 80 tonnes with an 88-mm cannon and doable agile handling. It is an able battlefield machine. The design of this giant machine, unlike the previous heavy tanks, was found to be compatible with real-life battle situations, especially with its sloped armour that provided better durability. The Landkreuzer P1000, formulated in Germany and weighing 1000 tons, came complete with an effective defence mechanism comprising anti-aircraft guns and 10-inch thick armour. Despite its unique defensive abilities, the weight and size of this battle giant posed an obstacle to the tank’s agility, manoeuvring, and manoeuvring abilities, thus making it unpopular in actual combat.