The need for diesel cars in India has plunged significantly over the last few years, as its market share dwindled significantly, hanging around below 20 per cent. Out of this, the diesel hatchback segment is even less while diesel sedans hover around 5 per cent. Even the diesel sub-compact SUV market is tilted towards petrol vehicles. But does this suggest the end of diesel cars in India? Although, the production of newer diesel models has taken a hit in the recent past with manufacturers shifting focus to petrol-powered vehicles, or some even working towards expanding their electric portfolio, however, diesel-powered vehicles still enjoy a considerable following, thanks to the significant price difference between the fuel, and the narrowing price difference between both powertrains. Nevertheless, if you are in the market looking for one, but returned unsatisfied from the dealership, then you can turn to the used car space, which is filled with several alternatives in the various price ranges. Let’s look at a few cost-effective diesel cars under the ₹ 5 lakh brackets.

The Ford EcoSport was the original trendsetter of the subcompact SUV phenomenon in India, way back in 2013. Based on the company’s global B-car platform, the Ford EcoSport had typical Ford characteristics that included a solid built, fun-to-drive nature, sorted suspension, and a powerful engine, coupled to a slick gearbox. Overall, the Ford EcoSport was a complete package and even did 3,500-4,000-unit sales every month before others jumped in the segment with superior products.

However, if you are looking for one, then head to the used car space and grab one in immaculate condition. We suggest the Ford EcoSport 1.5 TDCi Diesel Titanium BS4, as it not only comes packed with features that were class-leading in its days but are also manageable & efficient. The EcoSport had its driving characteristics sorted with competent handling, which was equally fun to drive in the city as it was on the highways.

It was the Hyundai i10 that changed a lot of things in the Indian automotive industry, which in 2004, looked at only Maruti as the top contender in the compact car business. It was Hyundai that whipped up this mini-meal and turned people’s attention to the new age of compact cars. The Grand i10 was offered with two engine options – one petrol and one diesel.

The petrol engine was the Kappa 1.2 dual VTVT engine which developed a peak power of 83bhp @6,000rpm and peak torque of 114Nm @4,000rpm, while the other powertrain was the 1.1-litre CRDi engine, which offered 70bhp. Agreed, it was underpowered, but then again, it was sufficient for a car of its size with a nimble response time and decent steering feedback.

The Renault Duster was yet another capable SUV with off-road credentials, that introduced the SUV segment in India. Prior to this, India was a cost-conscious market with a focus on family hatchbacks and affordable sedans. The Renault Duster not only changed this mindset but also changed the entire dynamics of the market with a spacious, powerful, easy to handle, and yet affordable product. Add to this the fact that the Renault Duster was offered with both petrol and diesel versions, which left customers in a dilemma, in a good way though.

The Hyundai i20 was one of the better-looking products in the market at the time when the hatchback segment was populated with Volkswagen Polo, and even the Fiat Punto Evo, among others. This was also the time when the company had refreshed the car and with it came an improved cabin, more features, and better driving & handling. 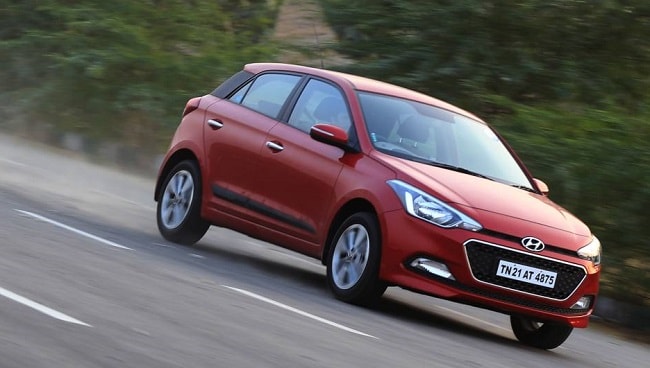 The i20 with its diesel heart was not just quick off the mark but was even more engaging to drive than most of the cars in the segment. It responded quite well around corners, and when pushed, was never out of breath. Not to mention it had more horses than any other in the segment. If you find one in the used car space, then look for the 1.4L diesel unit in the Magna trim, which is also the most value for money offering.